Jan Svatoš is a regular guest on Czech Radio and Czech Television. He regularly publish his articles in many magazines e.g. Geographic magazine Koktejl, EURO or Xantypa. His articles were published in Czech newspapers as well in Czech National Geographic.

The projects of Jan Svatoš received media coverage in the USA, Belgium, Germany and Kenya. The shooting of the film The Ark of Lights and Shadows attracted the attention of the American media – Jan Svatoš and Romi Straková were guests on Kansas television.

The American press reported about the upcoming film repeatedly.

Werner Herzog – The project of THE ARK OF LIGHTS AND SHADOWS attracted the attention of filmmaker and documentarian Werner Herzog. Jan Svatoš consulted the project in Herzog’s studio in Los Angeles.

Finding the exact location of Martin Johnson’s 1920’s darkroom is without a doubt the biggest success in the field while retracing Johnsons legacy that Jan Svatos and his expedition made in the Marsabit forest in 2010 while shooting a documentary movie Africa Obscura.

The discovery of a tree which witnessed the passing of almost 90 years with almost no change in its shape surprised many people around the world. Jan Svatos’s discovery was published on the front page of the Safari Museum Magazine (US) and also i Travel magazine. 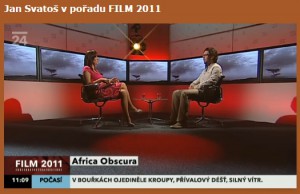 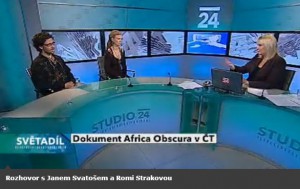